The water stress poses a risk to economic growth, human rights, health, safety and national security. The challenge of securing safe and plentiful water for all. The solution to water is more complex than the solution to climate change. This paper describes what climate change is, including how it is affecting the world we live in and the timeframe within which these changes are expected to happen. Both climate changes in the average or in the case of climate variability or to continue for a long time and which are usually decades or more. It includes increases in temperature, and sea level rise and changes in rainfall patterns, and increased frequency of extreme weather events. There is consensus that socio-economic and environmental drivers will be dominant in shaping future water management policies. At the same time, climate change will superimpose itself by modifying and, in critical regions, by increasing future risk. The study showed the mean of climate change and impacts it on water. So, what can be done? It showed climate change in Egypt, climate change on water resources, and economic impacts of climate changes.

Global crisis from escalating demand for fresh water and inadequate supply are as urgent as efforts to tackle climate change. Told international business and civil society leaders assembled in “Davos” that water stress poses a risk to economic growth, human rights, health, safety and national security. The challenge of securing safe and plentiful water for all,” said the Secretary-General, “is one of the most daunting challenges faced by the world today. The solution to water is more complex than the solution to climate change. But the panelists agreed the challenge could be solved, using collaborative approaches, political will, market mechanisms and innovative technology like those which arose in response to global warming. Market forces could work well under a cap-and-trade approach similar to those applied to carbon dioxide. Unless we put caps on the global warming pollution we’re throwing up into atmosphere, we’re walking into a hell for water shortages.” Panelists agreed that no individual, firm or nation could escape the consequences of water scarcity.

Meanwhile, efforts to extract more and alternative energy sources such as shale oil or biofuels only speed the depletion through their own requirements for water. The resource is also wasted, because it has no economic value, despite being the most precious and scarce resource of all. If we allow market forces to play a role in how to define the value of water, we could take a big step forward; panelists agreed that a certain amount of clean water for drinking should be seen as a human right. But water for farmers, industry, swimming pools or gardens needs to be priced to prevent waste and inefficiency.

Fighting broke out between farmers and herders after the rains failed and water became scarce.” Some 200,000 people died. Several million fled their homes. “But almost forgotten is the event that touched it off – drought, a shortage of life’s vital resource.” Scientists around the world now agree that the climatic changes occurring internationally are the result of human activity. Although responsibility for the causes of climate change rests primarily with the developed and industrialized nations, the costs of climate change will be borne most directly by the poor.

This is for a number of reasons, including: many of the regions most likely to be adversely affected fall in the developing world; the poor are disproportionately dependent on occupations, such as farming, that are adversely affected by climate change; and because the poor have very limited resources, they do not have the ability to adapt to climate change in the way that wealthier households can changes to water quality, quantity and availability will be an impact of ongoing.

This paper describes what climate change is, including how it is affecting the world we live in and the timeframe within which these changes are expected to happen. It then considers why climate change needs to be a priority, as well as the impacts on the water resources. Is to maintain the management of change and climate change is one of the most important global challenges facing the international community and the environment today. Therefore, we must be taken to protect the heritage is in three points:

• Preventive action: Monitoring and reporting on climate change and mitigate the negative effects through the choices and decisions in a variety of levels: individual, society, institutions and companies.

• Corrective actions: A regional strategies and plans of the local administration.

Both climate changes in the average or in the case of climate variability or to continue for a long time and which are usually decades or more. It includes increases in temperature, and sea level rise and changes in rainfall patterns, and increased frequency of extreme weather events. It was not the changes that have occurred in the ice age / in the last 1.8 million years and that have emerged in the form of significant mutations within the spread of species in the reorganization of the Worlds distinct biological communities, landscapes and similar environment have occurred in a piecemeal fashion, as is the case today because of the pressure caused by various human activities.

It has led to fragmentation of habitats make many types of limited space within the communities are relatively small compared with the previous decline in genetic diversity. With the monitoring of changes in the climate system, during the last decades of the twentieth century (such as: increasing concentrations of carbon dioxide in the atmosphere, increasing the temperature of the earth and the ocean, changes in seasons, rainfall, sea level rise), especially in the warmer regional temperatures. All of this has affected the timing of reproduction of animals and plants and / or migration of animals and the length of the growing season and species distributions and population sizes, and the frequency of outbreaks of pests and diseases.

The projected changes in climate during the twentieth century atheist will be faster than in the past, at least faster than for 10,000 years and these changes will be accompanied by a change in land use and the spread of invasive alien species, is likely to limit the ability of these changes of species to migrate, as well as its ability to continue to live in fragmented habitats, and it will be done through:

• The impact on some fragile ecosystems, in particular, climate change, such change the composition and formation of biological communities due to climate change caused by the type and extent of change and species extinction.

All of these physical and biological changes affecting the functioning of ecosystems, just as is the case in the cycle of food, and the provision of ecosystem goods and services with significant impacts on human resources. Thus, affected by social and economic activities as well, including agriculture, fishing and tourism are increasingly, through changes in the supply of fresh water. The interactions of climate change with the other forces of global change, such as land-use change and social and economic change can exacerbate the potential impacts on human beings and their environment. It has made climate change the outcome of the whole of mankind, including those produced by human creativity.

By 2050, scientists project a loss of at least 25 percent of the Sierra snow pack, an important source of urban, agricultural and environmental water. It is likely that more of our precipitation will be in the form of rain because of warmer temperatures, increasing the risk of flooding. More variable weather patterns may also result in increased dryness in many regions of the world. The scientists of Water Resources are beginning to address these impacts through mitigation and adaptation measures to ensure an adequate water supply now and in the future. The team is tasked with finding solutions to climate change impacts on future planning and operations, and stays abreast of current research.

• GHG emissions have been rising since industrialisation in the 1900s, due to increased burning of fossil fuels.

• IEA World Energy Outlook predicts a 53% increase in global primary energy demand by 2030, with 70% of that coming from developing countries.

• According to the Stern review on the economics of Climate Change, there is a 63% chance of exceeding the declared ‘dangerous’ limit of 2 degrees Celsius temperature increase.

• At a certain threshold, the ability of the ocean as well as soil and plants to absorb CO2 (currently considered a carbon “sink”) may reduce or even reverse, thus removing an important source of carbon storage.

• Large-scale, irreversible system disruption and the destabilisation of the Antarctic ice sheets are serious risks: changes to polar ice, glaciers and rainfall regimes have already occurred.

• Agriculture: Declining crop yields are likely to leave hundreds of millions without the ability to produce or purchase sufficient food supplies.

• Ecosystems: Forests, land types and species will die back in some areas, but increase in others.

There is consensus that socio-economic and environmental drivers will be dominant in shaping future water management policies. At the same time, climate change will superimpose itself by modifying and, in critical regions, by increasing future risk and vulnerability of crop production related to water supply and water availability. Two broad issues that need to be addressed for effective responses emerge:

• When and where will significant impacts to food production occur due to climate change? 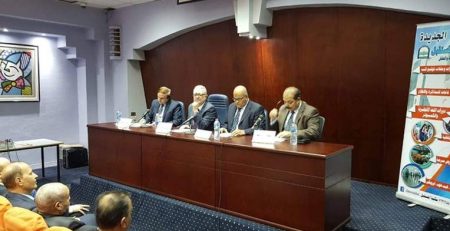